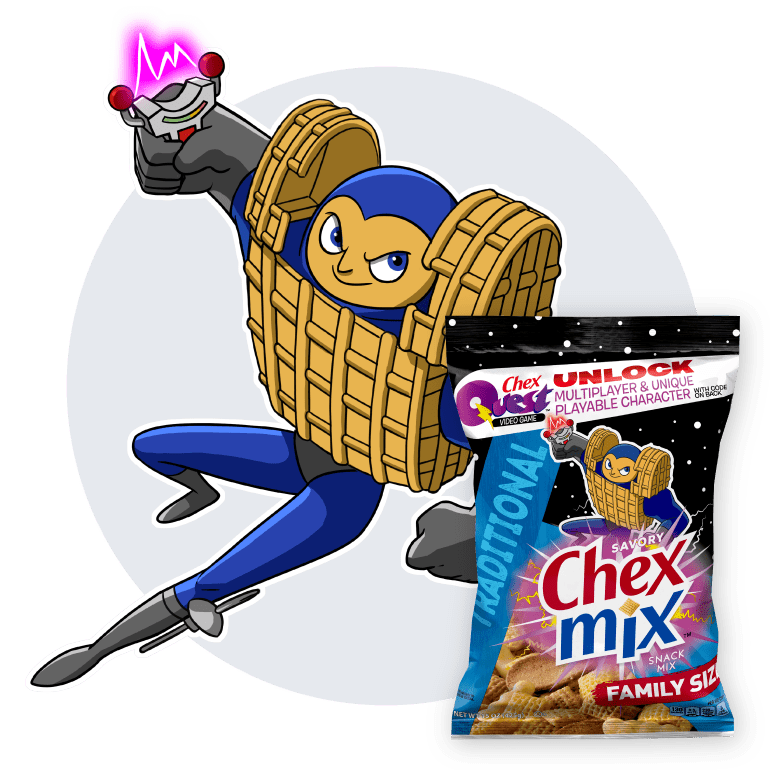 As the original Chex Quest icon, when Bazoik calls for a hero, this courageous warrior will volunteer without a second thought. Or even a fully formed first one. Bazoik has never done her any favors. So why should she risk it all? Sometimes, if you want a mission done right, you have to do it yourself. All-knowing, all-powerful, and always...confusing. The trifles of lesser beings are beneath her, but doing the right thing isn’t. A combination of titanium, steel, flour and salt. He tries hard to be cool but fails miserably. Which, oddly enough, makes him pretty cool. He’s the comic relief of the squad, but only because he carries around his own laugh track. 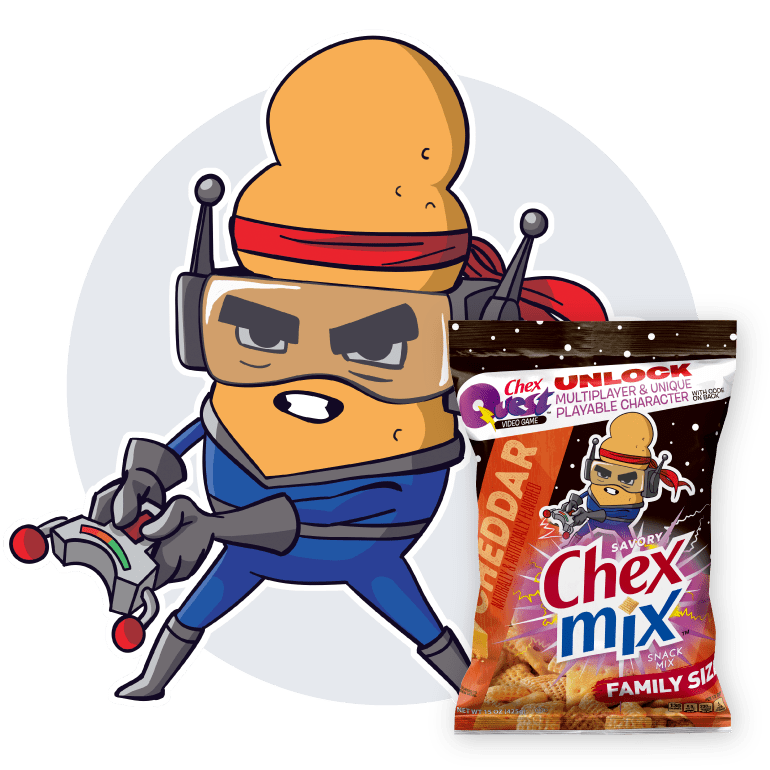 An old-school cowboy. He thinks of himself as a bit of a maverick, but in reality, he’s more of a breadstick. Always the last to be picked. He’s got nothing to lose and everything to prove.

Number of packages and store locations may vary.